WHAT IS MY PLANET-FRIENDLY BOTTLE?

My planet-friendly bottle is a reusable stainless steel bottle. It is an alternative to plastic bottles which provides a commitment and awareness approach to the problem of marine pollution and the threat to the planet’s health from the excess of plastic waste.

Plastic waste causes the death of more than one million seabirds as well as another 100,000 marine mammals every year. Syringes, disposable lighters and plastic toothbrushes have been found inside the stomachs of many dead seabirds because they confuse this waste material with food.

My planet-friendly bottle is a bottle with an informative and educational message which comes from the bottom of the oceans. The environment where life on earth began. A mysterious and inaccessible place for many, which reveals the health of the planet… and which is now asking us for help.

Reduce, reuse, recycle. For the planet’s health. For your health”.

WHAT DOES HAVING IT MEAN TO YOU?

My planet-friendly bottle is a choice to contribute to the task of protecting the health of our seas and oceans as well as the species which inhabit them. Just by using it you are already an environmental activist.

Think of the amount of rubbish in the form of plastic bottles which, on a personal basis, you are preventing from reaching the ocean by reducing their consumption.

Bisphenol A, among other toxic substances, present in many plastic bottles, is harmful for our body and for the body of those marine animals we use for food.

My planet-friendly bottle is a very convenient way of carrying drinking water with you all the time. You can install a filter in your tap at home or at work and refill your bottle as many times as you need. Staying hydrated with top-quality water is essential to maintain good health. 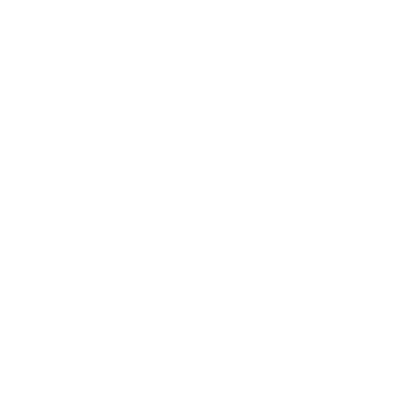 The increase in the consumption of bottled water, either in plastic or glass bottles, as an alternative to tap water, is causing an alarming increase in waste material.

According to a report by the World Economic Forum (WEF), the number of fish will decrease and plastic, in the form of packaging or plastic soup, will be the predominant population in the oceans.

Plastic bottles which are not recycled after their use end up in the sea, in the rivers, in dump sites or in waste incineration plants, which release Greenhouse Gases into the atmosphere during their operation and these gases cause the increase in the Planet’s temperature.

With the use of this bottle you contribute to:

With this initiative we join the United Nations programme “Sustainable Development Goals (SDG) to transform our world”.

As a health measure you can refill this bottle with filtered tap water. Find out at: jazzporunplanetasostenible.org

WHAT DOES YOUR USING IT MEAN FOR THE PLANET?

More than 100 million tonnes of plastic pollutes our oceans. All over the world inventors, scientists or politicians are working on different solutions. From the creation of a biodegradable material from shrimp shells to rethinking the way of consuming.

The numbers are conclusive. Research on the marine environment indicates that, every year, its waters receive between 5 and 13 million tonnes of plastic. The lack of sea and ocean preservation reflects how pollution is an increasingly present phenomenon in the world.

Forecasts for 2050 are catastrophic: if it is estimated that there will be one tonne of plastic for every three tonnes of fish in ten years’time, by 2050 the ratio is expected to reverse: according to the latest estimates of the United Nations Environment Programme, by mid-century, the amount of floating plastic will exceed the number of swimming fish.

Carrying My planet-friendly bottle with you all the time means doing your bit, a small drop of healthy water for the oceans. You know… many drops make an ocean. A gesture which will greatly contribute to reducing plastic waste, as this rubbish is highly harmful for the ecosystem, the planet’s health as well as human health.

WHERE AND HOW CAN YOU GET IT?

If you live in Bilbao or the surrounding area you can get it directly in Jazz Cultural Theatre of Bilbao. Or also at our virtual shop.

My planet-friendly bottle is a project which arises from the need to actively contribute in reducing plastic waste in the sea. From our space Jazz Cultural Theatre of Bilbao, a place dedicated to teaching, researching and disseminating jazz, situated in the centre of Bilbao, in Euskadi, the Basque Country, in collaboration with Nakusarbe, an association for the dissemination of science and culture, we have devised the way of drinking top-quality water without plastic. Thus, we installed an activated carbon filter and UV light in our tap and we thought it would be perfect to have some porcelain cups and some healthy and reusable bottles to be able to refill them and carry “good water” with us all the time. That is how “My planet-friendly bottle” came about as well as our special “Water Corner”, which will be dealt with in more detail soon.

To the planet’s health. To your health!

Bertendona, 2.
In front of the Teatro Campos Elíseos
Bilbao 48008 Bizkaia